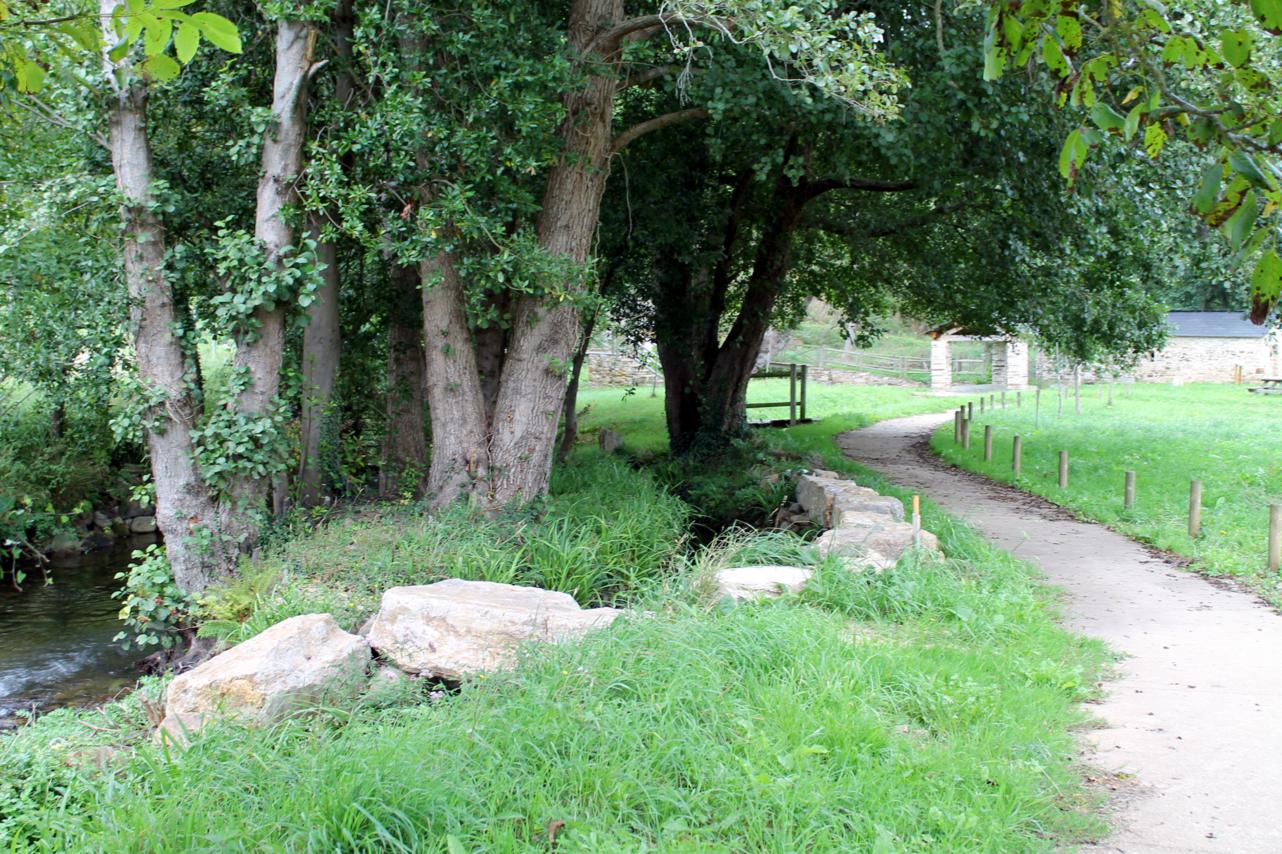 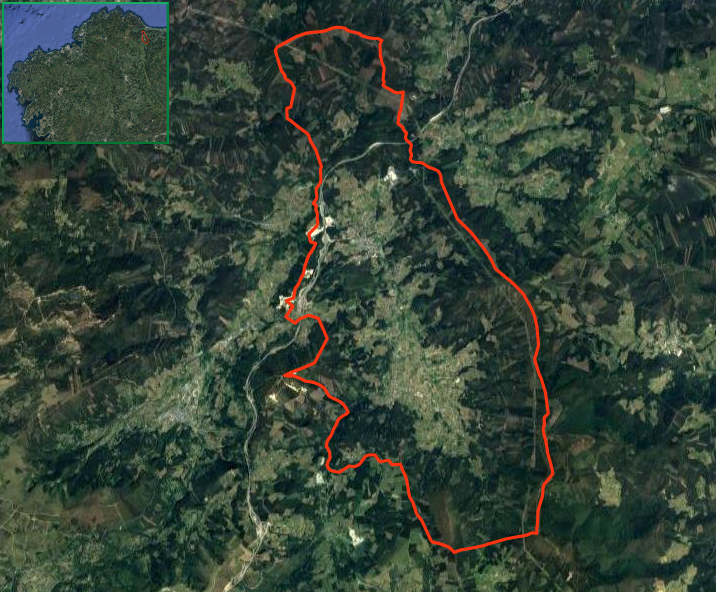 In the spectacular Val de Lourenzá, north of the province of Lugo, is the municipality of Lourenzá, in the Mariña Central region.

The municipality of Lourenzá has its maximum monumental representation in the monastery of San Salvador with the parochial church of Santa Maria de Valdeflores de Vilanova de Lourenzá. They complete the historical artistic heritage of the municipality, the temples of San Xurxo and San Adriano, Nosa Señora da Gracia in A Telleira; San Pedro Fiz in A Cazolga; San Pedro de Gradal; San Pedro de Canedo (17th century); San Sebastián in A Valiña; Remains of the chapel of the Immaculate Conception (17th century), in the neighborhood of O Ollo de Boi; St. Peter (seventeenth century), Sto. Estevo (15th century), Santa Cristina and San Brais in the parish of San Xurxo de Lourenzá; San Pedro and Santa Cruz in the parish of Santa María de Lourenzá; Nosa Señora de la O, San Xosé, San Antón and San Francisco in the parish of Santo Tomé. In civil architecture, the bridge of A Cazolga was built in 1796, and several mansions such as Tovar, a monument to Elizabethan Gothic architecture, the House of Currixo, the House of Oia and the Rectoral of San Xurxo. In addition to this important monumental legacy, the whole municipality has a great tourist attraction and landscape highlighting the surroundings of Cazolga, and the Mirador de Valiña.

The gastronomic section is another of Lourenzá’s claims, from its famous white beans, prepared in multiple ways, to its exquisite empanadas, the famous trout of the Masma and, of course, the suckling pig. But undoubtedly, the most remarkable thing in the gastronomy of the place are its beans. These legumes have consolidated as a benchmark, reaching the figure of 600 tons of annual transaction of product. The modality of this legume in the area, is characterized by having a white color, a thin skin and a tender pulp. It has its own party the first weekend of October, when it gathers in the city council producers, buyers, dealers and consumers of Faba de Lourenzá; A legume that is already exported to national markets such as Madrid or Barcelona.

Lourenzá is a municipality of great attractiveness, as much for its landscapes, as for the practice of the fishing and its monumental past. In addition, the privileged situation of Lourenzá allows, in spite of being in the interior, the rapid displacement to the many beaches of the Cantábrico lucense.

Its climate, given the proximity to the Cantabrian coast, stands out for its thermal softness and high environmental humidity. Average annual temperatures are around 13 ° C, with winter means about 8 ° C and summer temperatures of approximately 19 ° C.

DAYS OF FAIR:
Days 9 and 28 of each month in the fairground.

OUR LADY OF THE PILAR (To Cazolga): October 12th.

–SANTA CRUZ: Month of May.

–SAN JOSÉ (OURAL): First half of May.

OUR LADY OF THE O: Second fortnight of May.

–ROMERIA DE LAS CRUCES: In the month of May.